The Bicycle Unit was formed to provide a much closer interaction with the community than a patrol officer in a car. Of course, cars are essential as jurisdictional boundaries require a motor vehicle to respond to calls from one end of the Borough to the other in a timely manner.

The Bicycle Unit is supplemental to vehicle patrol and not necessarily responsible for routine calls. Therefore, the officers are free to have more open and direct contact with the public. It also enables the officers to provide a more aggressive pro-active patrol in areas not easily accessible by a patrol car. Without the noise and smells of a car engine the bicycle officers have the ability to use more of their senses to detect crimes and the conditions that foster them. 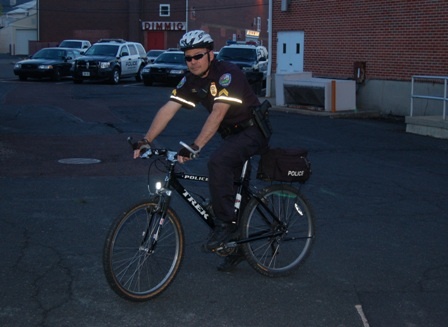